Huvy’s childhood, filled with the wild beauty and heavenly scent of olive trees, wild poppies and gladiolas, was the initial nesting place where her artistic flair and her great love of beauty will first send their tentative roots. Huvy (Ahuva) Elisha lived in Jerusalem until age six. Much of her fascination for the natural beauty of Jerusalem and its flora were birthed during those early years of wide-eyed childhood exploration of the Judean hills just outside the Bucharim section of her neighborhood.

First citations for authorized Jewish art can be found in ancient writings from the biblical period and the first temple. The people of Israel used to embellish the temple with levels of Judaica art, one that was practiced by the ancient people. But the main development of Jewish art is customary to belong to the period of the exile that came immediately after the destruction of the Second Temple.

Judaica fine art has adorned many synagogues as well as the homes of the Jewish people throughout the Jewish diaspora. Art was an important role in the creation of the cultural differentiation of Jewish communities from the gentiles, alongside the functional and aesthetic role of art in improving the appearance of the buildings. 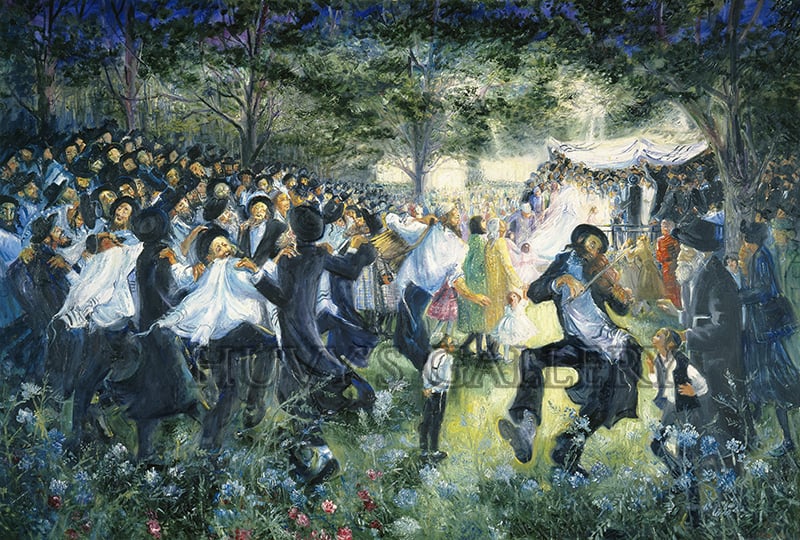 Among the notable signs of Jewish art are the drawings from the Bible – paintings that perpetuate events or personalities from scripture and paintings of the greatest of the nation during each generation. Jewish symbols such as the Star of David, Western Wall, alongside the visual arts, as it appeared in Painting and in Judaica fine art throughout history is used to decorate objects in synagogues and in homes with decorations that are linked and mentioned in religion. This phenomenon is common in Jerusalem and other spiritual cities.

Towards the beginning of the nineteenth century, as a result of global influences, Jewish art began to transform and become more modern and tailored to contemporary religion. The traditional examples began to demonstrate modernism in traditional Jewish art, and today modern Jewish art is the center of the genre.

Works of art represents different themes across varying genres. The art usually focuses on ideas that stand in the center of creation, providing a unique

here are many genres in art. These genres manifest different ideas, some of which are innovative and contemporary, while some are older.

Israeli art Galleries In Israel you can find many galleries that carry specifically Jewish & Israeli Art. Jewish art goes back for centuries, but modern

here are art schools that claim that the artist has a social public role to serve, and their mission is to influence society through art. Jewish and Israeli artists in the past and present directly affect culture and enrich our world in an empowering spiritual experience.

In Huvy’s gallery you can explore Judaica fine art, shown in its most glory in the gallery’s space. Visitors are invited to a special and meaningful allowing them to experience travel in time between gallery walls. The gallery presents very impressive art and Jewish art from a variety of renowned painters.

Huvy’s gallery located in the center Mamilla neighborhood in central Jerusalem. The gallery is very close to major hotels and it’s accessible. Our guests can enjoy an impressive tour and also have the opportunity to purchase art and paintings displayed in the gallery.